What is it about barns that appeal to us as Americans? They seem to be so interwoven into the fabric of our society. Anyone who has ever farmed or owned horses will tell you how a barn is not just a utilitarian building, but also a gathering place, and piece of the home. Artist George Wisnowski of Westford, Massachusetts agrees, and that’s part of what has driven him, in the peak of his artistic career, to paint historic barns and homes.

Sitting in the artist’s living room, one gets a sense that art is as ingrained in his life as barns are in American culture. His walls are adorned with pieces of his craftsmanship, and even the room itself is an example of his fine woodworking abilities. When asked about the origins of his paintings his blue eyes sparkle and you can see the passion in his reply. “As a boy I loved to draw, but drawing wasn’t enough. I wanted my pictures to come off the page. My older brother had been an artist as well and he really influenced me; that coupled with the desire to make the pictures come to life drove me to paint.” At twelve years old Wisnowski took art lessons at the El Paso Museum of Art in El Paso, Texas. In high school, his art teacher recognized the talent in his still life pieces and taught him much about perspective. Two of his teenage friends were artistically gifted as well, which spawned a bit of competition that drove him to have an amazing work ethic coupled with his talent. This landed him his first paying job as an artist drafting architectural mock ups of handicapped facilities for Raytheon Corporation. “When I got the job it was so important to me that I skipped my high school graduation practice…to go to work,” he says with intensity that shows the passion in his craft. 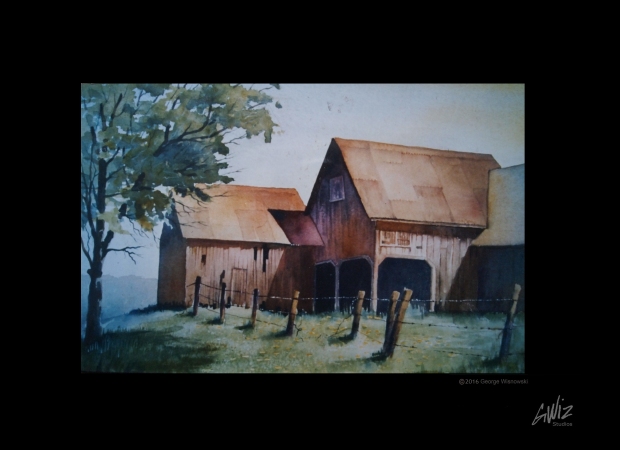 His art hasn’t only affected his professional life, but his family life as well. George’s wife Dawna runs her own daycare, and on the walls are playful murals painted with depth and precision by her husband. The two are devoted to family life, and when quizzed about the murals George responds by telling of his first mural work. “My wife and I taught Sunday school at First Parish Church in Westford, so one of the projects I did was to get the kids together to paint a mural on the wall of Noah’s Ark. The kids just loved it, and it was inspiring to me to think that I might inspire some of their young lives, just as I had been inspired as a child.” He has dazzled his children and relatives by producing two children’s books as well. “Science Ducks” and “Grandpa’s Hat” are stories which he has written and illustrated taking pages from his own family’s life. “we raised ducks for a while,” he relates, “and they became a part of the family on their own. So one Christmas I produced ‘Science Ducks’ as a way to save that part of our lives for posterity.” This saving for posterity is a central theme to the artist’s work.

When asked, “why barns?” Wisnowski’s reply ties together his entire history. “It’s not only barns. I started first with painting historic homes in the area. There are some buildings in Massachusetts that date back to the earliest times of the founding of our country, and painting them is a way to make them survive for all the ages. So I painted a few and displayed them at a local art show. The very next day I had multiple commissions to paint people’s homes for them. I use those same techniques I gained from drawing technical illustrations of computers for corporations, and apply them to capturing every detail of the homes. But having grown up with a barn, there is something about them to me. Beauty, nostalgia, the way they weather the passage of time. They are visual time capsules of the hard work and dedication of our forefathers, and their reliance upon, and care of their animals. Many of them are disappearing, and I want to capture them before they are gone. I remember my sister having horses, and the times we spent milking goats our in the barn and it’s a piece of my childhood. The response I have received fills me with pride as people who have commissioned a work from me tell me the painting itself has become like a member of their family. Hanging in the family room. A reminder for them that will stand the passage of time and be handed down as an heirloom. Its an amazing feeling for me to know that I am creating art that touches other families, and fills them with happiness.” A smile spreads across his whiskered face that only comes from finding true fulfillment in one’s work.

His canvasses are done in either acrylic or watercolor paints, and when pressed about his process he reveals a bit of it. “I like to set up and office in my truck. I spread my paints and supplies around me, and then I can get lost in my own artistic world, listen to music, and drive to the perfect vantage point. I like to capture not just the buildings but the feel of the place. Sometimes the horses, or children playing outside. A deer in a field. I want people to feel like they are there when they look at the painting. I love being on location to capture all of that, but I’ve also done pieces from photographs as well. Even with photographs I like to capture something different about the place that a photograph cant.” His work speaks for itself and shows true American hard work and dedication. George is available for commissions and can be contacted via email at: george@gwisstudios.com 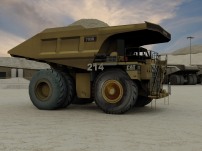 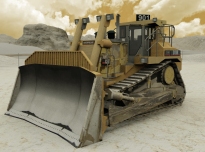 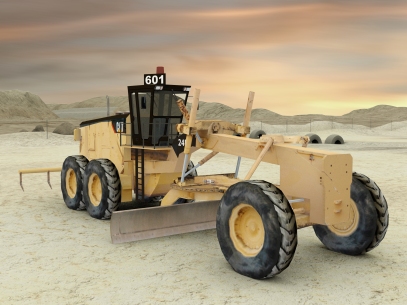 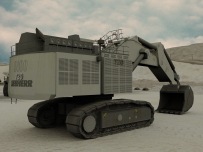 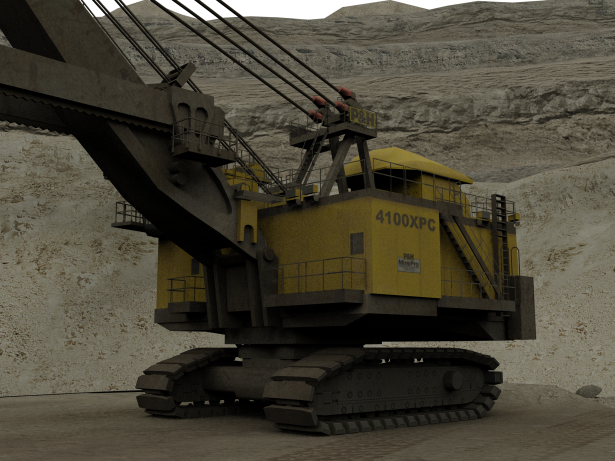 George has been creating assets for this mine simulation training product over the last few years. He developed a generic 4 square mile mine terrain for Doron Precision System. This video is rendered and edited with 3D Studio Max and After Effects to give a quick tour of the environment created.